Center for Topology of Cancer Evolution and Heterogeneity

Recent large-scale genomic projects have begun to reveal the complex landscape of genetic alterations that cause cancer, pointing toward a powerful new paradigm for precision medicine. Despite some early successes against blood cancers, however, currently available experimental and computational methods have made limited progress in the identification of targeted therapies for solid tumors. One reason is that cells in a solid tumor are not all the same, but form many genetically distinct subpopulations of cellular clones.

Recent studies have shown, for example, that gene expression signatures vary across different regions in the same tumor and that the most abundant mutations in a tumor are not always the ones that drive its growth. In addition, very small subclonal populations are often immune to the therapies that target more abundant clones, evading the effects of treatment and initiating relapse and metastasis. Such findings suggest that genomic methods that do not account for clonal heterogeneity and the dynamics of tumor development will continue to be insufficient for identifying effective targeted therapies.

The mission of this PS-OC is to develop, validate, and deliver a set of complementary approaches that will provide the cancer research community with a framework for unraveling tumor complexity. Driving its efforts is the hypothesis that as a tumor grows from a single mutated cell, it undergoes an evolutionary process that leads to subclonal diversification. This process results from selection pressures, including how the tumor responds to therapy.

Investigators of this PS-OC have shown that multi-color lineage-tracing can be used to follow clonal fates in genetically-engineered mouse models of prostate cancer. They have also developed a novel organoid culture approach in which 3-D buds of organs — that better represent development than more common plate-based cell colonies — are grown in the laboratory and used to assess clonal growth and response to therapy across time. The PS-OC is combining these approaches with new technologies for generating transcriptomic profiles of single cells in order to provide a robust picture of tumor evolution.

Focusing on human glioblastoma, one of the most incurable and genetically heterogeneous tumors, the PS-OC is working to predict and validate the landscape of genetic driver alterations that mark tumor initiation, founder evolution, and therapy adaptation within individual patients. Enabling this effort is the development and application of novel technologies for high-throughput transcriptomic and genomic analysis of individual cells within malignant glioma tissues.

Previously, PS-OC investigators designed a system capable of single-cell mRNA capture, cDNA barcoding, and on-chip amplification, making it possible to generate amplicons for direct conversion into a standard, pooled sequencing library. This device is now being adapted for massively parallel, on-chip capture of genomic DNA from individual cells for whole genome amplification and exome capture. The resulting models will be functionally validated in orthotopic mouse and human systems in vitro and in vivo.

This project aims to deliver an integrated computational-experimental pipeline that will be able to predict forthcoming evolutionary changes of any solid tumor in the presence of a defined set of selective pressures.

The goal of this project is to develop better methods for modeling, predicting, and targeting therapeutic sensitivity and resistance of cancer. Using 3-D models of glioblastoma (gliomaspheres) that recapitulate the nature of genetic lesions in primary tumors, the PS-OC will experimentally validate computational machine learning predictions that utilize genomic information.

The first step will be to build a computational framework that incorporates genomic data, drug properties and responses, known drug targets, and network models of pathways and protein complexes to predict the therapeutic response of 80 genomically annotated gliomaspheres. These predictions will then be experimentally validated across the library of gliomaspheres. In addition, the investigators will test predictions of the effects of drug combinations and examine the molecular mechanisms by which candidate genes alter drug responses. Single- or multi-lesion sensitivity will be evaluated using RNA interference or cDNA overexpression. PS-OC researchers will also investigate the role of cell heterogeneity in the mechanism of drug resistance at the single-cell level using topological methods.

The ultimate goal of this project will be to uncover mechanistic insights into genotype-dependent sensitivity to drugs or synthetic lethal relationships. Ultimately, these studies will deliver key information for the development of multiple gene- and pathway-based biomarkers for personalized cancer therapies.

A key component of the PS-OC’s work is to pioneer the development and large-scale genomic application of topological data analysis (TDA), a mathematical framework that makes it possible to identify global structural properties of large data sets. TDA is particularly well suited for high-dimensional, high-throughput biological data, and can uncover much more complex structures than those found by consensus-based sequencing and standard clustering techniques.

Using ideas from geometry and topology (phylogenetic moduli spaces and TDA), modal logic, model-checking algorithms, and a probabilistic theory of causality, the PS-OC is extending its investigators’ previous work in this area to tackle the inherent complexity of single-cell approaches to cancer evolution and heterogeneity.

This PS-OC is focusing on providing multidisciplinary education targeted to the strengths and interests of quantitative scientists, while presenting challenges that the field of cancer biology faces today. It works to create new venues to promote collaboration between cancer researchers, physicists, and mathematicians.

Dr. Raul Rabadan received his Ph.D. in theoretical physics in 2001 and went on to conduct research in that field at the European Laboratory for Particle Physics (CERN) in Geneva, Switzerland, and at the Institute for Advanced Study (IAS) in Princeton. In 2006, he joined the Systems Biology program at IAS as a Martin A. and Helen Chooljian Member. In 2008, he joined the faculty at Columbia University, where he is a tenured Associate Professor with joint appointments in the Departments of Systems Biology and Biomedical Informatics. He is also a member of the Scientific Advisory Board of the JP Sulzberger Columbia Genome Center.

At Columbia University, Dr. Rabadan leads a highly interdisciplinary lab with researchers from the fields of mathematics, physics, computer science, engineering, and medicine, with the common goal of solving pressing biomedical problems through quantitative computational models. His work is mainly focused on developing tools to analyze genomic data, extracting the relevant information to understand the molecular biology, population genetics, evolution, and epidemiology of cancer.

Dr. Antonio Iavarone is a Professor of Pathology and Cell Biology, and Neurology at the Columbia University Medical Center’s Institute for Cancer Genetics. The overarching theme of his research program is the dissection of the role of proteins and networks that drive phenotypic states in normal and cancer cells from the nervous system.

Using integrated systems biology and experimental pipelines tailored to the most significant and unbiased cancer modules, his research group has undertaken the task of identifying driver genes of aggressiveness in distinct sub-groups of glioblastoma (GBM). His work has led to several landmark discoveries, including the transcriptional module for the mesenchymal subgroup of GBM, the first example of recurrent, oncogenic and addicting gene fusions in GBM, and the integrated landscape of driver alterations in GBM.

Dr. Michael Shen conducts basic and translational research in the areas of mammalian embryogenesis and stem cell differentiation, particularly in prostate organogenesis and molecular mechanisms of prostate carcinogenesis. He is Professor of Medicine and Genetics & Development, and Head of the Section of Tumor Cell Biology in the Division of Hematology/Oncology in the Department of Medicine at Columbia University Medical Center. He is also on the faculty of the Department of Systems Biology.

Dr. Shen pursued doctoral studies at the MRC Laboratory of Molecular Biology in Cambridge, England, receiving his Ph.D. from Cambridge University in 1988. Previously, he was a Professor and Director of the Transgenic/Knock-out Mouse Core at the University of Medicine and Dentistry of New Jersey Robert Wood Johnson Medical School, where he was also Associate Director of the Child Health Institute.

Dr. Peter Sims is an Assistant Professor of Systems Biology in the Departments of Systems Biology and Biochemistry & Molecular Biophysics at Columbia University. In addition, he is the Associate Director for Novel Technologies at the JP Sulzberger Columbia Genome Center. Dr. Sims completed his graduate and postdoctoral studies in the laboratory of Prof. Sunney Xie at Harvard University, where he developed tools for making single molecule measurements in individual cells and a novel, microfluidics-based platform for next-generation sequencing.

Dr. Anna Lasorella is an Associate Professor of Pathology and Cell Biology and Pediatrics in the Institute for Cancer Genetics at Columbia University. Her scientific interest has been basic and translational research in brain tumor biology using an interdisciplinary approach that includes cellular biology, mouse genetics, and biochemical methods to integrate basic research with an understanding of malignant transformation.

Dr. Lasorella has generated cellular and mouse models of malignant brain tumors that are faithful in vitro and in vivo systems to address the significance of computational predictions of driver genetic alterations in GBM and identify vulnerabilities of addicting oncogenes to targeted therapies.

Dr. Chris Wiggins is an Associate Professor in the Department of Applied Physics and Applied Mathematics at Columbia. He is also affiliated with Columbia’s Institute for Data Sciences and Engineering, the Department of Systems Biology, and the Department of Statistics. He is an applied mathematician with a Ph.D. in theoretical physics working on computational biology.

His focus areas of research include applications of machine learning, statistical inference, and information theory for the inference, analysis, and organization of biological networks. In 2011 he was chosen by Crains magazine as one of 25 “People to watch in Silicon Alley,” and since 2014 has held an appointment as Chief Data Scientist at the New York Times.

Dr. Gunnar Carlsson is the Anne and Bill Swindells Professor in the Department of Mathematics at Stanford University. He has worked on diverse aspects of algebraic topology and has been a pioneer in the development of topological data analysis, including persistent homology methods. Dr. Carlsson heads the Computational Topology workgroup in the Mathematics department at Stanford University.

His work focuses on developing flexible topological methods for the analysis of data that are difficult to treat using classical algebraic methods.

In particular, Dr. Carlsson supervised the development of the JavaPlex software package, which implements persistent homology and related techniques from computational and applied topology and has been used in a number of investigations in diverse data types. He has also led the development of the Mapper methodology, a method for providing simplicial complex maps of complex data sets, and which has demonstrated value applied to different kinds of data. 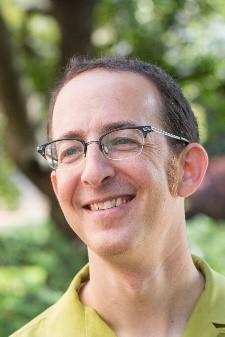 Andrew Blumberg, Ph.D., is an Associate Professor in the Department of Mathematics at the University of Texas at Austin. He completed his Ph.D. at the University of Chicago under the supervision of Peter May and Michael Mandell, and was later a National Science Foundation postdoctoral fellow at Stanford. He also spent a year as a member at the Institute for Advanced Study.

His research focuses primarily on homotopy theory and algebraic topology, with a particular emphasis on algebraic K-theory. He is also interested in equivariant stable homotopy theory. He is working with other members of Mathematics Core on the development of topological domain analysis techniques for applications to genomic data.

He founded the NYU/ Courant Bioinformatics Group, a multi-disciplinary group working on research at the interface of computer science, applied mathematics, biology, biomedicine, and bio/nano-technologies. He is an inventor of Optical Mapping and Sequencing, Array Mapping, Copy-Number Variation Mapping, Robot Grasping and Fixturing devices and algorithms, and nanotechnology for DNA profiling. He is a fellow of Association for Computing Machinery (ACM), American Association for the Advancement of Science (AAAS), and Institute of Electrical and Electronics Engineers (IEEE).